Transafrica Medical Supplies Limited, importers and distributors of dental equipment and consumables, was founded in 2015. With only one member of staff, the Company started by selling dental and medical instruments from a shared rented space in the heart of Nairobi city. 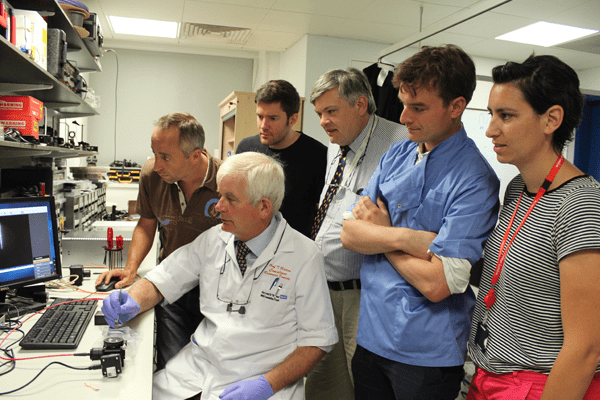 A new method of detecting bacteria during root canal treatments could eradicate the need for follow-up appointments, according to a study.

The Saferoot device, created by a team of researchers at King’s College London, could also help prevent treatments from failing.

The device enables rapid bacterial detection inside the root canal, ensuring the procedure has been successful and reducing the need for tooth extraction or surgical intervention.The first appointment is used to remove infected material in the tooth, and to administer an antibacterial treatment.

During the second appointment, dentists visually assess the canal to check if the infection has been removed, but this process cannot guarantee that treatment has been successful. Each visit involves drilling and the removal of part of the tooth.

The Saferoot device was created to detect any existing bacteria once the root canal treatment has been completed, with the aim of eliminating persistent or secondary infections and reducing the need for further treatments.

Through florescent dyes and fluorescence microscopy/spectroscopy, Saferoot can optically detect minute amounts of residual live bacteria in the root canal space. Indeed, during trials, the team were able to successfully detect bacterial cells after just three minutes of testing.

‘The resilient nature of bacteria, combined with often complex root canal structures, make disinfection challenging, leading to a considerable number of persistent infections. This is one of the main causes of root canal treatment failures,’ explained Francesco Mannocci, professor of endodontics at the Dental Institute at King’s College London.

‘Saferoot will reduce the time for root canal completion and will increase the success rate of treatments by letting the dentist know when it’s safe to proceed with filling the tooth. This should produce fewer acute “flair-ups” and failed root treatments, as any residual infection in the root canal will be identified,’ said Professor Tim Watson from the Dental Institute.

One million root canal treatments are conducted under the National Health Service each year, costing the general dental service £50.5 million.

‘The treatments are not only time consuming and painful for the patients, but cost the NHS a significant amount. If we can reduce the number of root canal treatments and re-treatments required, it could mean sizeable savings to the NHS,’ added lead researcher Dr Frederic Festy from the Dental Institute at King’s College London.

‘Saferoot could be applied to a wide range of biological infections as well, ranging from wound or respiratory, to implant related infections and contaminations.’

Exclusive offers and content to facilitate your dental practice

By submitting this form, you agree that Transafrica Medical Supplies Ltd stores and uses your personal data under the conditions described in our Privacy Policy.

Call to place an order